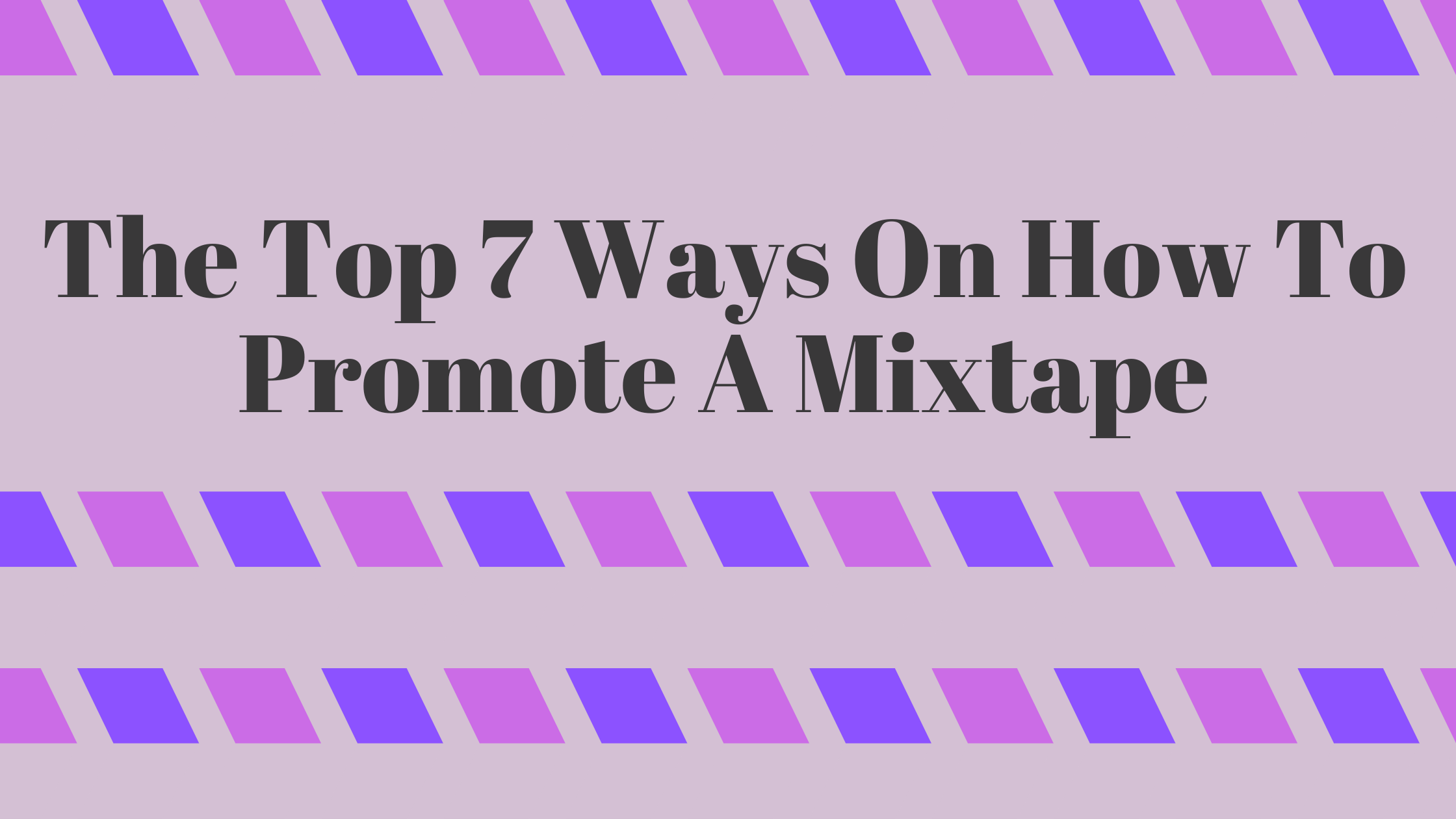 The Top 7 Ways On How To Promote A Mixtape

The Top 7 Ways on How to Promote a Mixtape

A mixtape is a compilation of your music and it is one of the tools that you can use to promote your music and your very own brand. The music itself is usually sourced from multiple sources. If you’re looking for ways on how to promote a mixtape, then the ideas here may be a big help.

Back in the 1980s when the first mixtapes were produced, these homemade musical compilations were recorded on cassette tapes. Other forms of media were used later on like CDs and then, today, we have digital versions as well.

Nowadays, mixtapes aren’t literally recorded on a cassette tape. You can record your music and upload it on a music streaming service or store it in the cloud so that you can access it anywhere. Doing it that way will also allow you to send copies of your original music to interested parties a lot faster.

Are there any musical artists who made it big using mixtapes? The artist that had the most number of mixtapes, as far as we can tell, is Gucci Mane. He put out 74 mixtapes and 99 singles.

His discography didn’t end there. He was able to produce one soundtrack, 14 studio albums, 10 promotional singles, four compilation albums, and a couple of collaborative albums. Not bad for someone who started out selling mixtapes, right?

Is the age of mixtapes dead? Of course, it isn’t. It just moved into the digital arena. However, you have to play your cards right. Note that music streaming service like Spotify won’t carry your mixtape songs so you need to choose your distribution properly. One of your alternative and more lucrative options is online distribution platforms.

How to Promote Your Mixtape—Define Its Purpose

One of the most common mistakes of artists nowadays is that they just drop their mixtape and launch their music to the public without promoting it first. Remember that your mixtape is not the final product you want people to buy.

The purpose of your mixtape is to promote your music to the public before you launch your actual album. It is your tool to promote yourself as an artist. In short, your mixtape can be your branding tool, a marketing tool, and a promotional tool. You need to choose what specific purpose it should have.

Above all things, your mixtape is there to increase your brand awareness. Anything that you are connected with should consistently reflect your personal brand as an artist. Remember that your brand should be one that people will want to be attached to.

You represent something that resonates with the public and you will attract them. You then create a fan base through that same process.

In the minds of the general public, a bad cover represents bad music—at least that is the impression it makes. Your mixtape cover is one first touch points you will make with your potential fans. Hire the best digital artist you can afford to design the cover for you.

Business cards, flyers, posters, and mixtape covers are only some of the ways on how to promote a mixtape. There are other things that can help you in your promotion efforts. Note that there are free options that you can use and there are paid tools as well.

This is a simple, old fashioned, yet effective way on how to promote a mixtape. You can spread the word to your friends, online, and on social media. You can then send them the links where they can download your mixtape music.

You can launch your mixtape via social media. Note that Facebook is not the only place where you can share your download links. Try other social media sites as well. While you’re on it, make sure to share your mixtape cover art as well—it helps as an attraction marketing tool.

You can create a short video on YouTube and other video sharing portals to promote your mixtape, maybe include one or two tracks, and then put the link on the video description. Always ask your viewers to like and subscribe to your channel.

SoundCloud is a free music streaming portal. You can upload your mixtape there and interact with the listeners—which may include producers and other artists as well.

Now, this promotional option will cost you money but it is a worthwhile investment. You can redirect people back to your website over and over again every time you release a new song, mixtape, and album.

Remember that you don’t have 100% control of the web space on social media and music streaming sites—it’s their space. But if you have a website of your own, it’s 100% yours. No one can take down your content without your express permission.

You may need some help with search engine optimization (SEO) to make sure that people can find your site when they search for it on Google.

You may not always get some air time with mainstream radio, but there are many online radio stations that would be willing to play songs from your mixtapes. It will take some effort and some convincing power, but it will be worth the effort if you can get that air time.

Submitting your mixtape to online distribution platforms will cost you money, so it’s not always the best option especially if your funding isn’t that great. It can easily cost you thousands of dollars just to create ad campaign for one mixtape and the results aren’t guaranteed.

Apart from that, you don’t have complete control over how the platform will promote your music. What you’re doing is that you are banking on their experience at music promotion and letting that work for you. Sometimes it works and sometimes you only get minimal results.

These are the top 7 ways on how to promote a mixtape. Strike a balance between the free and paid options. Remember that each mixtape has to serve a purpose, which can ultimately help you create a fan base and then later on release your very first full album. 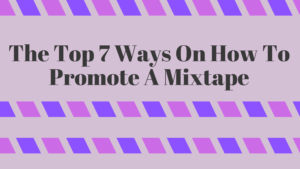 The Top 7 Ways On How To Promote A Mixtape 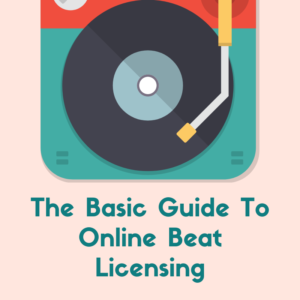 As a music artist, it seems as though online beat licensing should be simple. Beat sites like Airbit and Beatstars have made it pretty easy for music artists. You buy a beat from your favorite 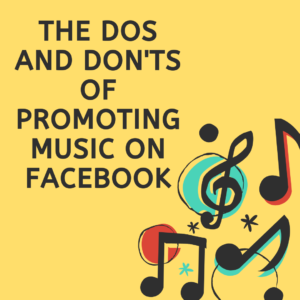 The Dos and Don’ts of Promoting Music on Facebook

It’s with no doubt that technological advancement has had a significant impact on the music industry. In particular, the internet has changed the way people communicate, the way businesses sell their products, the way artists 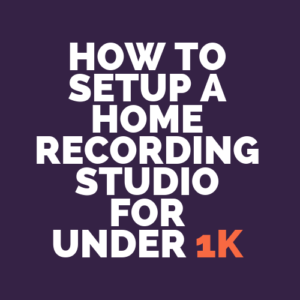 How To Setup A Home Recording Studio For Under 1k

Do you want to know how to set up a home recording studio at an affordable price? Do you want to buy some of the best equipment without hurting your budget? In the current condition, 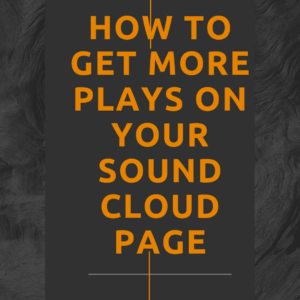 How To Get More Plays On Your Sound Cloud Page

Over the years Soundcloud has become the world’s leading social sound platform. It is a platform where everybody can listen to sounds and music or even c How To Get More Plays On Your Soundcloud 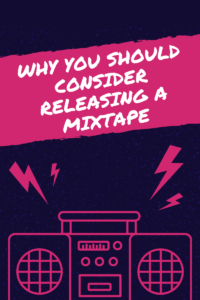 Why You Should Consider Releasing A Mixtape